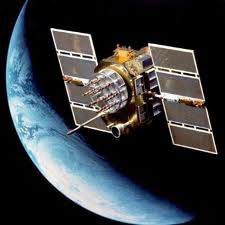 Just lately i have had a renewed interest in working the ham satellites.

Back when my dad Les G6SXB and myself got our amateur licenses.

When the Sat's stopped working dad and myself lost interest.

Anyway a few months ago i was reading something which inspired me to have another go.

I have found some of the information on the internet is very out of date including AMSAT UK !

Here is a list of the Sat's i have been working through or listening to. 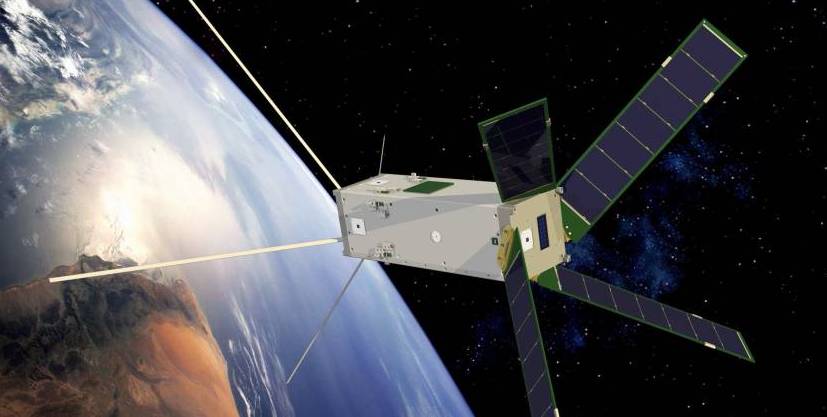 The setup i am using is not your usual amateur satellite setup.

In that i am not using an elevation rotator or antennas pointing skyward .

Here is the rundown of the equipment i am using.

The program i use to predict when the Satellites are in orbit is called   PASS VER 4.0

I am learning about this program as i have only just found it. So far i am well pleased with it. 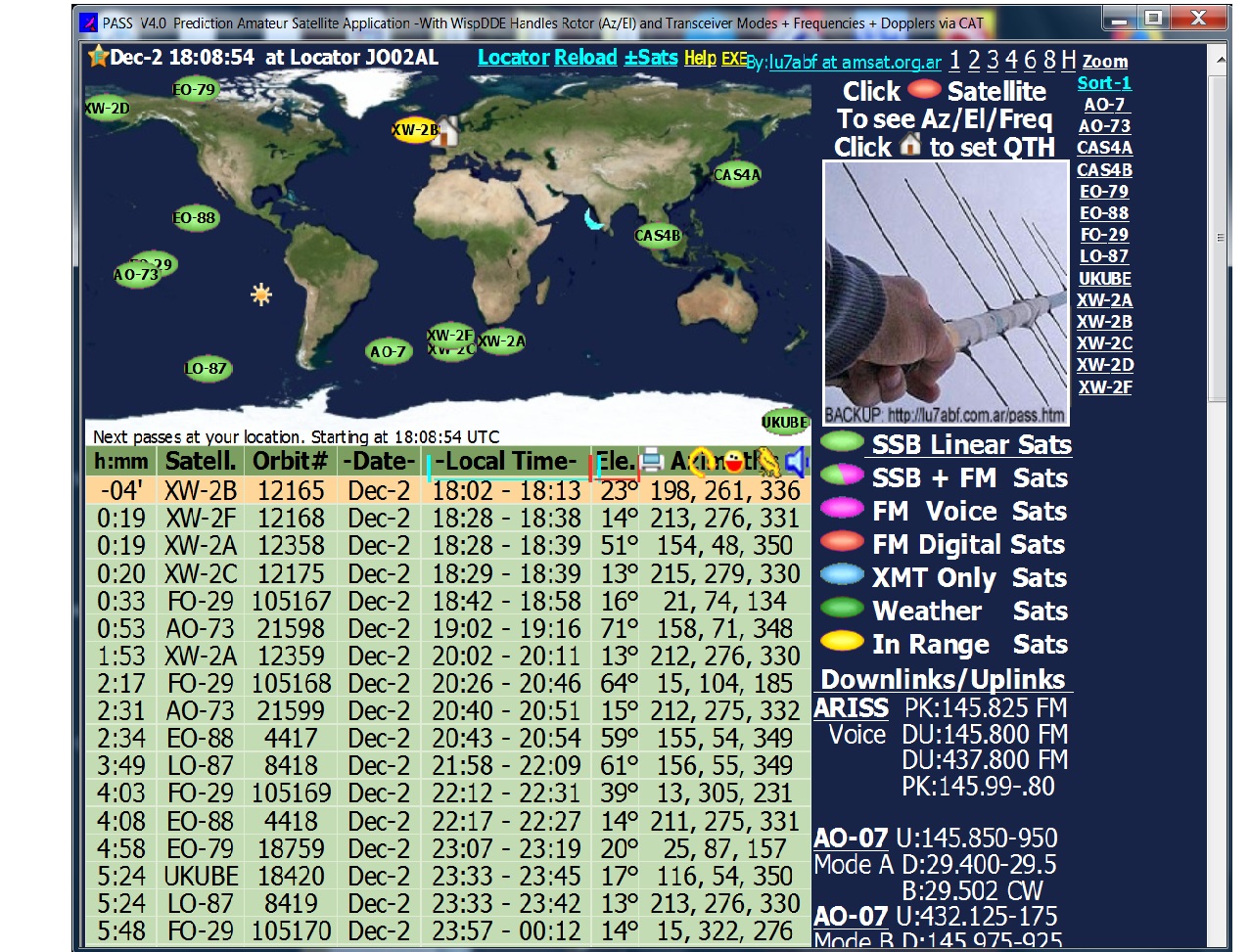 To see Azmeth , elevation and frequency click on the satellites.

Click on the house to set your QTH / LOCATION.

This i have found to be the hardest part of working  SSB satellites .

FM satellites are a lot easier.

Below are some help lists to help find yourself on  satellites.

When there is a remark: “inverting” this means that uplink and dowlink modulation aren’t the same. For example: when uplink is LSB, then the downlink will be USB. 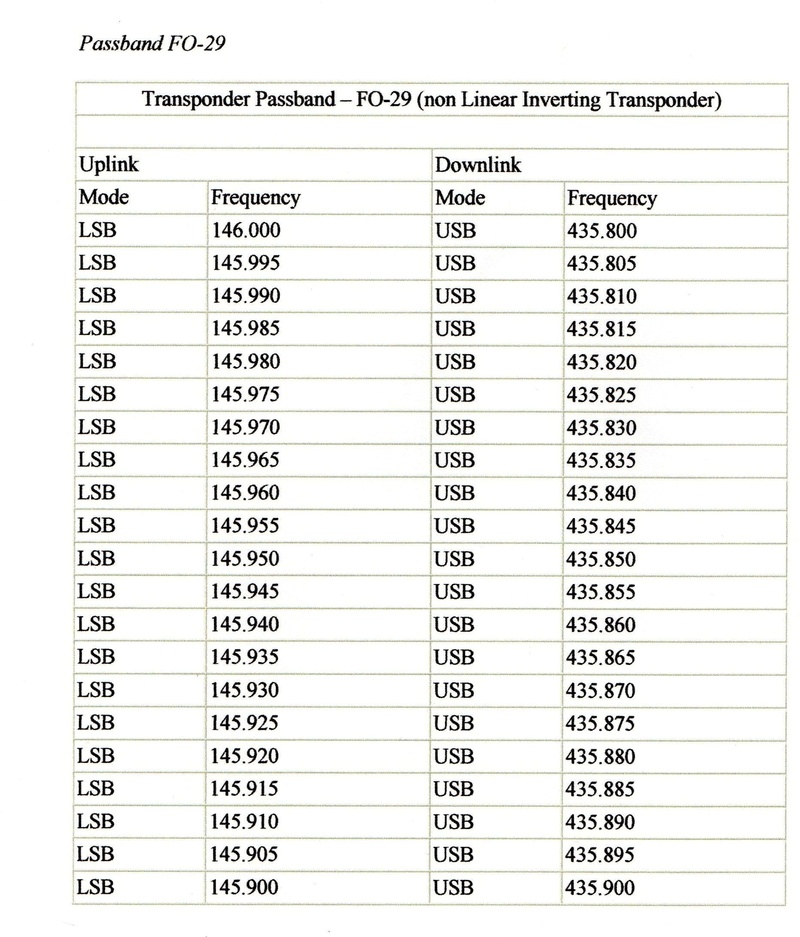 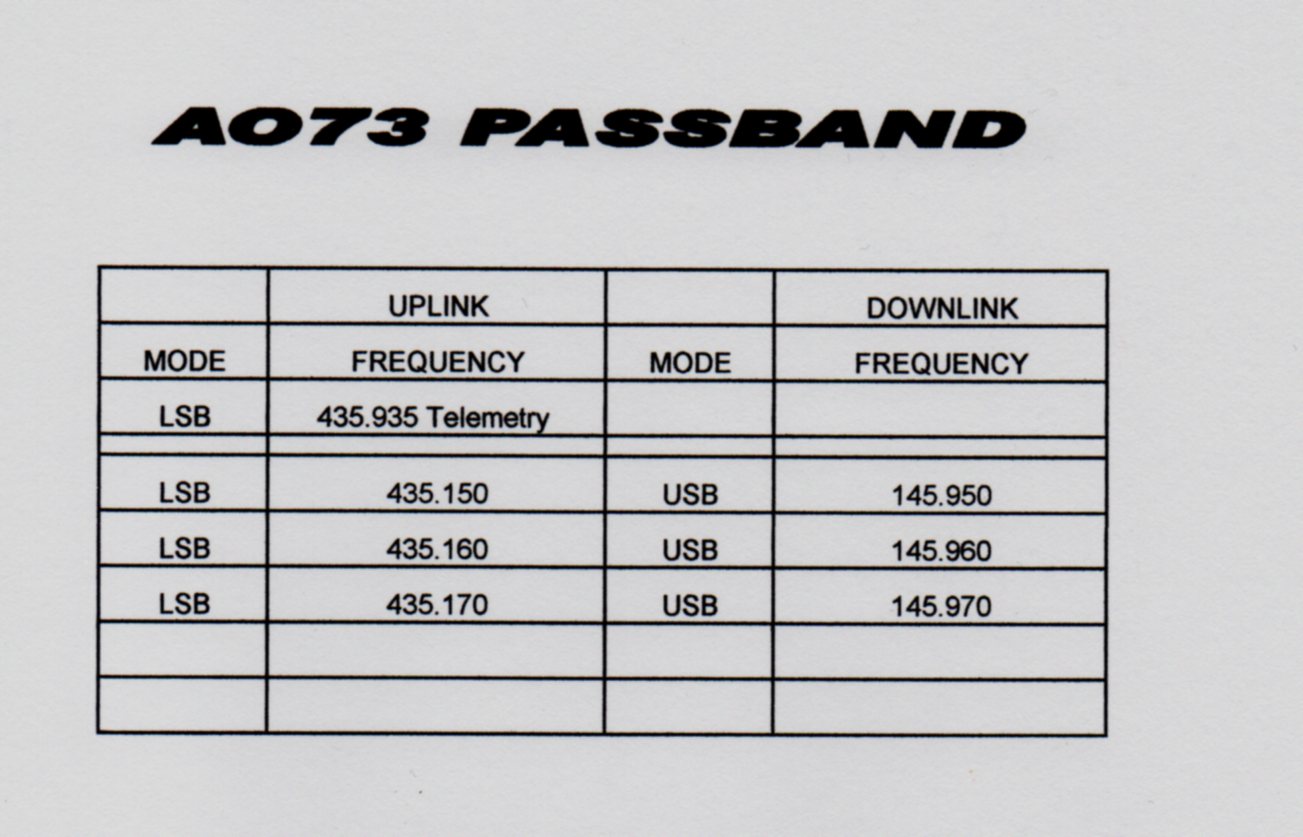 SO-50 is available to amateurs throughout the world.The Sat needs a 67.0 Hertz CTCSS tone on the uplink. SO-50 also has a 10 minute timer that must be armed before use. Transmit a 2 second carrier with a PL tone of74.4 to arm the timer.

Link to Heavens Above FM is the most popular mode primarily due to the wide availability of FM repeaters. These repeaters extend the range on VHF and UHF and enable low power handheld transceivers to communicate over longer distances.

FM is also used on simplex to make contacts directly without repeaters. The main disadvantage of FM is the poor performance when signals are weak, which is where SSB really comes into its own. A weak FM signal can disappear completely into the noise while a comparable SSB signal is still quite readable.

How big of a difference does this really make? Perhaps 10 dB or more, which corresponds to one or two S-units. Put a different way, using SSB instead of FM can be equivalent to having a beam antenna with 10 dB of gain, just by changing modulation types.

So this is a big plus to radio amateurs interested in serious VHF work have naturally chosen SSB as the preferred voice mode. (You will also hear them using Morse code or CW transmissions, which is even more efficient that SSB.)

When starting out on VHF and UHF SSB. One of the first things you could be asked for is your QRA Locator or  your WAB Square.

To find your WAB Locator you can go to www.streetmap.co.uk, enter your postcode or street name.

The map should show your location, if not there is a function to move across so that it points to your QTH. Then look at the bottom of the map and find the words "Click here to convert coordinates". The page that pops up will give the OS X and Y coordinates, Postcode, Latitude and Longitude together with the Land Ranger National Grid Reference expressed as, for example, LR  SK113002.

Your WAB Locator will be made up of the first two letter and the first and fourth numbers of this grid reference. e.g. SK113002  so in this case SK10 would be the WAB (Worked All Britain) locator.

The Land Ranger National Grid Reference found above can also be used to find your I.R.A.U. Grid Square Locator by entering the grid reference into the Practical Wireless magazine website at http://www.pwcontest.org.uk

Using these functions with the above example National Grid Reference, will produce the IARU Locator of IO92CO.

One of the easiest way to check band conditions  is listen to the beacons.

Beacons are located all over the world and can give you a good indication of band conditions.

Here below are beacons for 2m and 70cm. 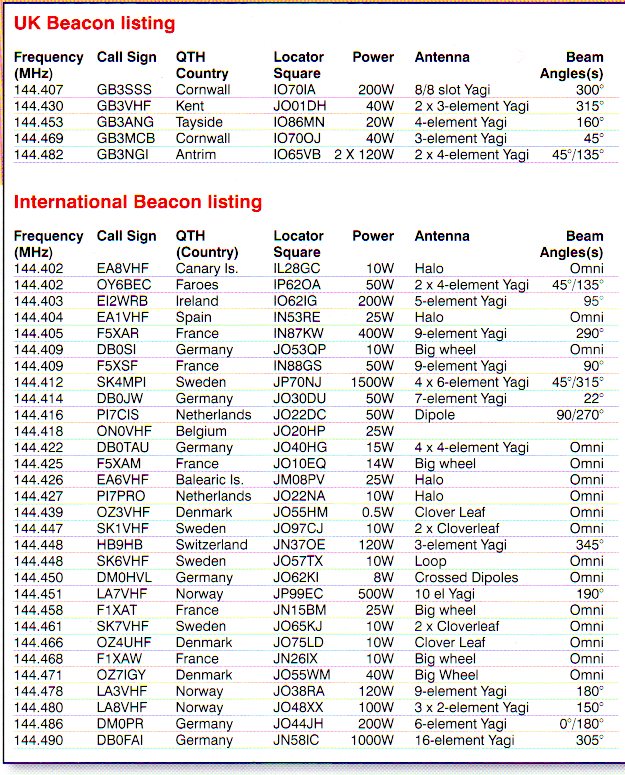 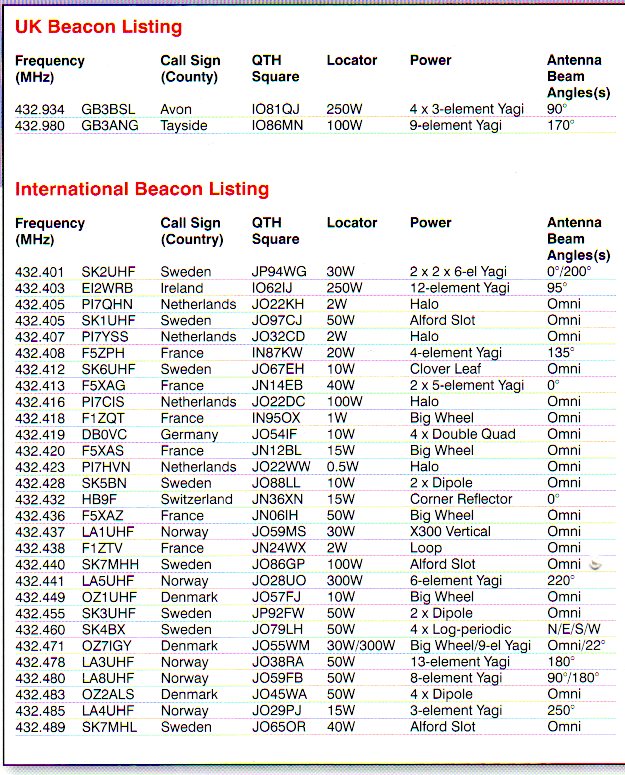